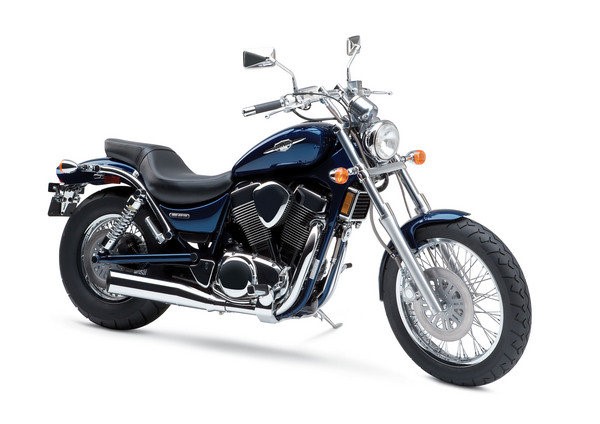 Suzuki VS 1400 Intruder began its history in 1987, being the second motorcycle in the Intruder line (the first was - Suzuki VS 750 Intruder).

The Suzuki VS 1400 Intruder was based on a 2-cylinder V-twin air-oil-cooled engine with a volume of 1360 cc, producing up to 71 hp. power and up to 113 Nm of torque. It is noteworthy that as the Suzuki Intruder 1400 model was updated, it produced less and less power - for example, the early versions (1987-1994) produced an average of 71 hp, and the latest modifications (1998-2004) came with power. only 60 hp However, with the appearance of the Suzuki Boulevard S83 model (in 2005), the situation changed - the motorcycle received characteristics at the level of the earlier versions of the Suzuki VS 1400 Intruder - 71 hp. and 112 Nm. However, tightening environmental regulations meant that the new model was only available in North America.

The main modifications of the Suzuki Intruder 1400:

The Suzuki Intruder 1400 features a steel frame, classic spoked wheels, simple suspension in the form of a conventional telescopic fork and a double shock absorber at the rear, disc brakes, a 13-liter fuel tank and 242 kg dry weight ..

The main competitors of Suzuki Intruder 1400 (Suzuki Boulevard S83) in the class: