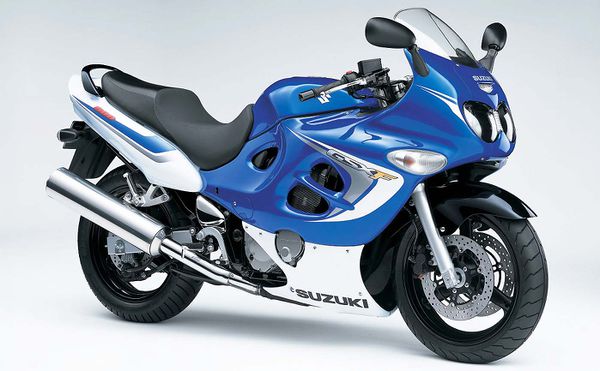 Suzuki GSX600F Katana appeared in 1988 as a budget all-round motorcycle intended for sales in foreign markets - Europe and North America. The model was distinguished by a fairly simple layout and equipment, which positively affected the final price and made the motorcycle one of the most affordable sports tours in the class. The model was also sold under the name Suzuki Katana 600.

The model was based on a slightly modified engine from the sports Suzuki GSX-R 750, which was an in-line 4-cylinder air-oil cooling unit with a volume of 599 cc, producing up to 86 hp. power and up to 59 Nm of torque. This motor was subsequently installed on the road Suzuki GSF 600 Bandit.

Since 1989, the model has received new suspensions, which have received additional adjustments, and since 1990, new, larger carburetors.

In 1998, the model underwent a major restyling, seriously renewing its appearance and technical part. Currently, it is the second generation of the motorcycle that is popular on the market, since it has a more modern appearance and the usual dimension of the wheels.

Of the features of the Suzuki GSX600F Katana model, a steel tubular frame should be distinguished, simple but adjustable suspension (the fork has a rebound adjustment, a rear shock absorber - preload + rebound), disc 2-piston front brakes, a 6-speed gearbox, a fuel tank of 20 liters and 208 kg dry matter (second generation).

2006 was the last year of production, after which it finally left the market, giving way to its successor - Suzuki GSX650F.

The "big brother" of the model is Suzuki GSX 750F Katana.

`` The main competitors of the Suzuki GSX 600F Katana in the class :