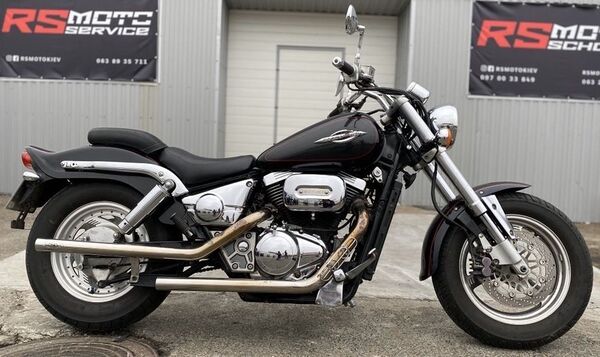 Suzuki Desperado 400 was first introduced in 1996 based on the older version Suzuki Desperado 800. The model was focused on the domestic Japanese market and was not officially supplied to other countries. Since 1997, the maximum engine power has been increased to 38 hp. (instead of 33 hp) and the model received several visual differences. In 1999, a Winder modification appeared, which was not in the older version ( Suzuki Desperado 800) - it differed in a combination of similarities from Desperado 400 and VS400 Intruder. The year 2000 was the last year of the model's release, after which it was finally discontinued and did not receive further development. Only in 2005, as a successor, was presented the model Suzuki Boulevard 400.

The main modifications of the Suzuki VZ400 Desperado:

The Suzuki VZ400 Desperado was based on a 2-cylinder V-shaped liquid-cooled engine with a volume of 399 cc. see, issuing 38 hp. capacity (since 1997). This indicator is the highest among similar models of this class. In addition, Desperado 400 is the lightest in its class.

The main competitors of the Suzuki Desperado 400 in the class: