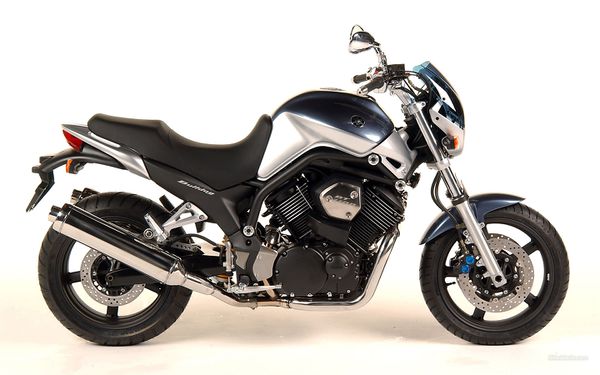 The Yamaha BT 1100 Bulldog was first introduced as a concept in the late 90s, and official series production began in late 2001. The model was developed by the Italian division of Yamaha Belgarda and was intended for sales in the European market, although in some years the Yamaha BT1100 Bulldog was also officially sold in South Africa.

The algorithm for creating new motorcycle models by the Italian division of Belgarda was as follows: a concept and a motorcycle frame were developed, after which the model was assembled from many unified components, including European ones. For example, the Yamaha BT1100 Bulldog received the engine from the cruiser Yamaha XV1100 Virago (also installed on the old model Yamaha TR1 and the newer cruiser Yamaha XVS1100 Drag Star] R1) [front YZF-R1) | Yamaha YZF-R1, rear brakes from Yamaha XJ900 Diversion, fork from older Yamaha XJR and swingarm from XJ model series.

The Yamaha BT1100 Bulldog engine is a 2-cylinder V-shaped 4-valve air-cooled 1063 cc unit. see, issuing 65 hp. power and 88 Nm of torque. The motor is low-speed, with a powerful thrust throughout the entire operating range, the maximum characteristic is at 4500-5500 rpm.

The Yamaha BT1100 Bulldog model existed in the Yamaha lineup until 2007, after which it was discontinued. Currently, the motorcycle is quite rare on the Russian market and is practically not in demand. This is mainly due to the high cost and modest dynamic characteristics. In addition, the concept of a motorcycle, based on a combination of two directly contradicting classes - naked and cruiser, will be understandable only to a limited circle of users.