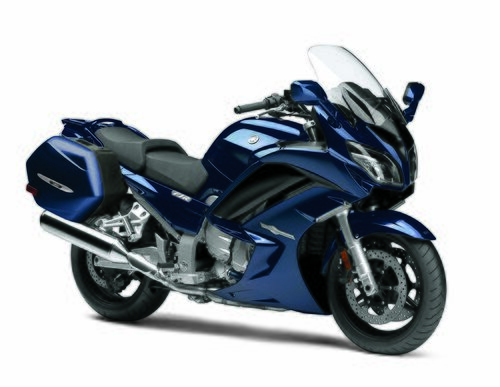 The Yamaha FJR 1300 was first introduced in 2001 as the successor to the outdated version Yamaha FJ 1200.

Despite the declared continuity, the FJR 1300 has become a completely independent development and has nothing to do with the previous FJ1100 / FJ1200 models. The motorcycle has positioned itself from the outset as the flagship sports tourist in Yamaha's line of models, intended for sales in foreign markets - in particular, Europe and North America. In addition, the Yamaha FJR 1300 was officially available in several other countries - for example, in Oceania and South Africa.

The Yamaha FJR1300 was based on an in-line 4-cylinder liquid-cooled injection engine with a volume of 1298 cc. see, issuing 143 hp. power and 134 Nm of torque. In 2013, the catalysts were optimized and maximum power increased to 146 hp and torque to 138 Nm. The maximum performance of the motor is reached already at 7000-8000 rpm. Despite the outstanding technical characteristics, the official fuel consumption is declared at around 6.2 l / 100 km.

Other features of the Yamaha FJR1300 include an aluminum frame, the ability to electronically adjust the suspension (AE version from 2013), cruise control, an electrically adjustable windshield, seat height adjustment, a combined braking system with ABS, the availability of versions with a semi-automatic gearbox (electronic clutch on AS / AE versions), traction control system, 6-speed gearbox (from 2016), 25 liter fuel tank, cardan drive and 275 kg of unladen weight.

The Yamaha FJR1300 is available in two versions:

The main competitors of the Yamaha FJR1300 in the class: