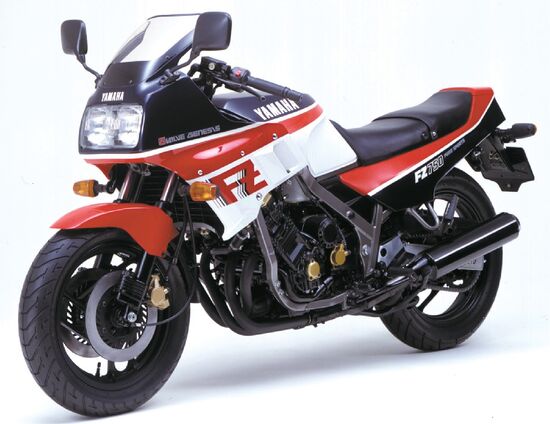 The Yamaha FZ 750 Genesis was first introduced in 1985 and at the time had all of Yamaha's advanced technology.

The motorcycle competed well with all sports bikes of those years and was quite popular. This was due to the use of innovative technologies, such as - the forward-tilted 4-cylinder Genesis engine with a lowered center of gravity, which increased the handling of the motorcycle; the generator behind the block of cylinders (and not at the end of the crankshaft as on competitors), which made the motorcycle much narrower than competitors; Outstanding speed performance - the maximum claimed speed was about 150 mph (~ 241 km / h), which at that time was a very impressive result.

The main competitors of the Yamaha FZ 750 in the class: