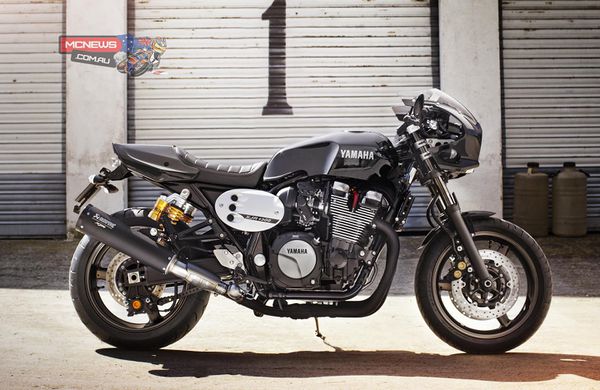 In the first year of production, the Yamaha XJR1300 was only available in the domestic Japanese market (externally distinguished by gold Brembo calipers), but since 1999 it has been on sale in Europe and Australia (export versions differed in blue calipers from Yamaha R1, which appeared on Japanese modifications since 2000).

In 2000, the Yamaha XJR 1300 underwent more than 200 changes that were not noticeable at first glance, but led to a reduction in the total weight of the motorcycle by 8 kg.

In 2003, the model receives changes in emissions (to comply with updated environmental standards), lightweight wheels from FZS1000 (export versions only). Since 2004, modifications for all markets have received a common speedometer marked up to 260 km / h.

For 2007, the model gets electronic fuel injection instead of carburetors and an EXUP valve in the muffler (the muffler itself is moved to the right-hand side, instead of the old dual-pipe arrangement on the sides).

In 2015, the model undergoes a restyling, making a bias towards retro and changing the name to - ' Yamaha XJR1300C . In addition to the basic version, there is also a cafe-racer-style version - ' Yamaha XJR1300C Racer . It was distinguished by the presence of a front half fairing and a low steering wheel (clip-ons).

2016 was the last year of production of the model, after which it finally left the market. The main reason for the refusal to develop the model was another tightening of environmental standards, which the old air engine did not meet, and the European safety requirements, according to which all motorcycles sold in the EU must be equipped with ABS.

The main competitors of the Yamaha XJR 1300 in the class: