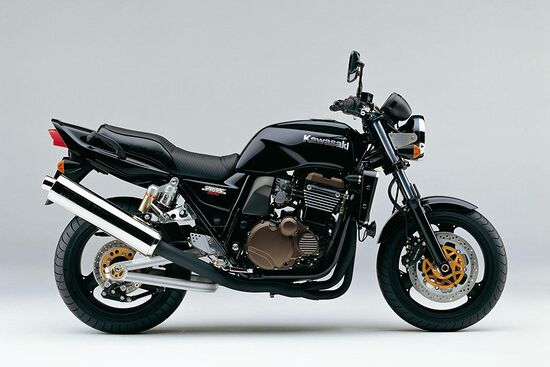 The Kawasaki ZRX 1200 classic road bike was introduced in 2001 as the successor to Kawasaki ZRX 1100. The main difference from the previous version was the increased to 1164 cm³, which in the export version produced up to 122 hp. power and up to 112 Nm of torque. Japanese modifications were "strangled" to 100 hp. power and 180 km / h top speed.

By 2007, the Kawasaki ZRX1200 was only available in Japan and was discontinued in 2008. It was replaced by an updated version, available only in the domestic Japanese market - Kawasaki ZRX1200 DAEG (factory designation - ZR1200D). The new version received an injector, petal brake discs, 4-piston calipers (instead of 6-piston), a 6-speed gearbox and increased the maximum power to 110 hp.

2016 was the last year of production for the Kawasaki ZRX1200 DAEG, in which Kawasaki released a limited edition Final Edition motorcycle. Motorcycles in this series featured Ohlins rear suspension, gold calipers and gold rims.

The lineup of the Kawasaki ZRX series: