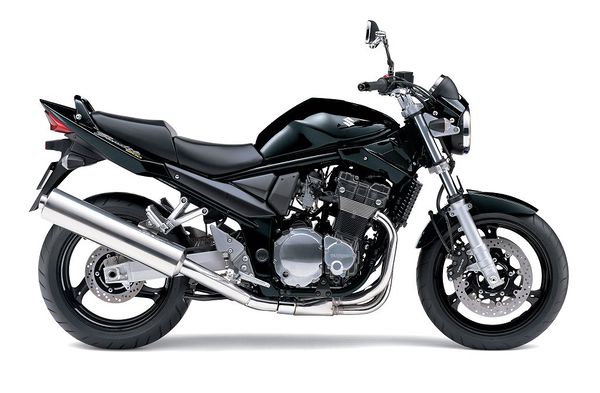 The model was based on the engine from Suzuki GSX-R1100, which was significantly changed and reconfigured, as a result of which the volume increased to 1157 cc, and the maximum power decreased to 98 hp, which had a positive effect on the torque characteristic, which has grown significantly in the low and medium speed zone.

In 1997, versions with ABS were offered.

2001 was marked by a serious restyling of the Suzuki GSF1200 Bandit model. The bikes received a new, more modern look, a new frame, carburettors, a more powerful carburetor and 6-piston calipers (were available on the S version). The fuel tank capacity was increased from 19 to 20 liters, and versions with ABS were no longer offered.

In 2006, Suzuki released the final edition of the Bandit 1200, featuring 4-piston calipers, digital instrument cluster and ABS versions. Since 2007, the GSF1200 model has finally left the market, giving way to a new version - Suzuki GSF 1250 Bandit.

The main competitors of the Suzuki GSF1200 Bandit in the class: