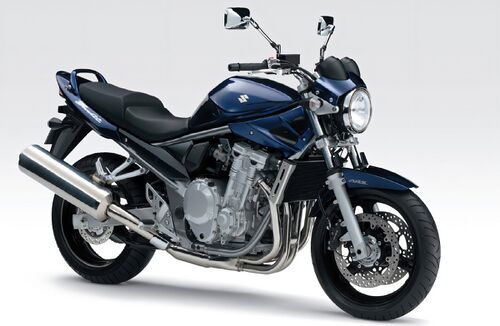 The Suzuki GSF 650 Bandit entered the market in 2005 as the successor to the Suzuki GSF 600 Bandit. Unlike the previous version, the new GSF650 received a number of small differences:

In 2007, the model undergoes a serious restyling and finally departs from the old concept Suzuki GSF600 Bandit:

In 2008, on the basis of the Suzuki GSF650 Bandit, a sports-touring model was built - the Suzuki GSX650F. In fact, this is the same second generation Bandit 650 in full plastic.

In 2009, the model underwent another small restyling, which affected only the appearance. The regular version received a naked-style headlamp. Both versions received a modified brake light, dashboard, slightly redesigned exhaust system and a black engine.

2012 was the last year of production for the naked Suzuki Bandit 650, while the S version continued in production until 2015, after which it also left the market.

The main competitors of the Suzuki GSF650 Bandit in the class: