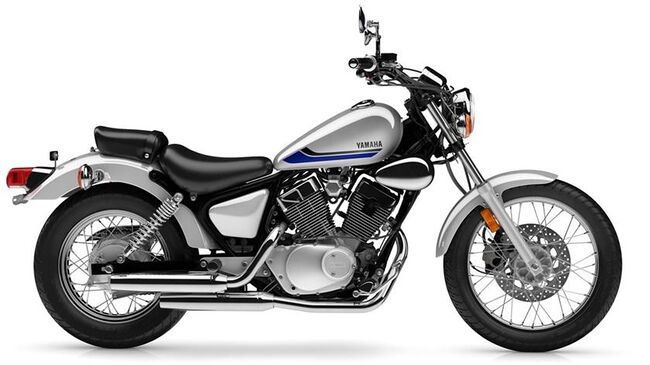 The Yamaha XV 250 Virago entered the market in 1988 for the European and North American markets. The first versions (1988-1990) of the motorcycle in North America were called the Yamaha XV250 Route 66. Since 1991, the model has become available in the domestic Japanese market, and in 2000 in the same market it was replaced by a new model - Yamaha XVS250 Drag Star. In 2008, all export modifications of the Virago 250 became known as the Yamaha V-Star 250, continuing to be produced to this day.

The Yamaha XV250 Virago was based on an air-cooled 2-cylinder V-engine, with a volume of about 250 cm³, producing 23 hp. power and 21 Nm of torque. The engine features a simple configuration with one camshaft per cylinder head and 2 valves per cylinder. Throughout its history, this engine had a carburetor power system (one carburetor). The same engine was installed on the Yamaha SRV250 model.

Other features of the Yamaha XV250 Virago include a steel tubular frame, simple suspensions in the form of a conventional telescopic fork and a double shock absorber at the rear, front disc and rear drum brakes, chain drive, 5-speed gearbox, a 9.5 liter fuel tank and 147 kg curb masses.

The Yamaha V-Star 250 is currently being produced and available in the North American market.

The main competitors of the Yamaha Virago 250 in the class: