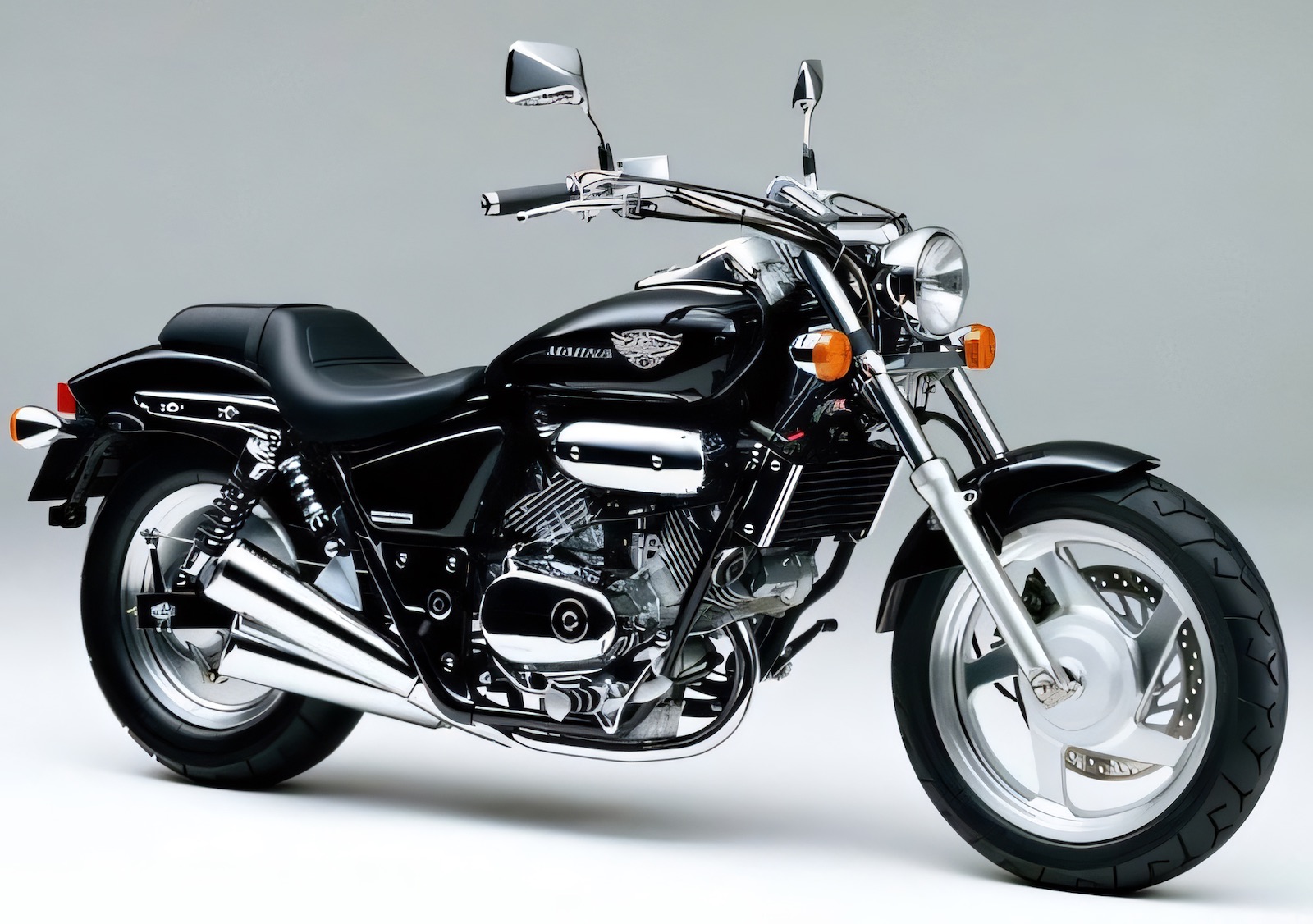 The Honda Magna 250 cruiser model was first presented at the 30th Tokyo Motor Show in 1993, and official sales began in 1994. The model was focused primarily on the domestic Japanese market, but was also supplied to Australia. In the Japanese market, the Magna 250 model gained immense popularity and even took the 1st place in sales of motorcycles with an engine capacity of 250 cc.

The motorcycle is also known by the following names:

The model was based on a 2-cylinder V-shaped liquid-cooled engine from the Honda VT250 Spada, which was slightly reconfigured and received different carburetors. This significantly reduced the maximum power (to 27 hp), but increased the torque characteristic, making it fully available at 7500 rpm (from Spada - at 9000 rpm).

In 1996, a replenishment of the Magna 250 line appears - '' Honda Magna 250S . The official model name is Honda V-Twin Magna S. The modification is distinguished by an almost monolithic front wheel, rear shock absorbers with chrome pads and the presence of an alarm button. This model was produced in 1996 and 1997, after which it was discontinued and was no longer offered.

2006 was the last year for the Magna 250, after which it was dropped from Honda's line of motorcycles. The removal from the production line was due to the release in 2007 of updated environmental standards, which the motorcycle engine did not comply with. Currently, the model is present in large quantities at Japanese auctions and is in certain demand in Russia as the first motorcycle for novice drivers and girls.

The main competitors of the Honda Magna 250 in the class:

The officially declared fuel consumption of the Honda Magna 250 is 2.94 liters per 100 kilometers (when driving at a constant speed of 60 km / h). The exact value depends on the riding style.