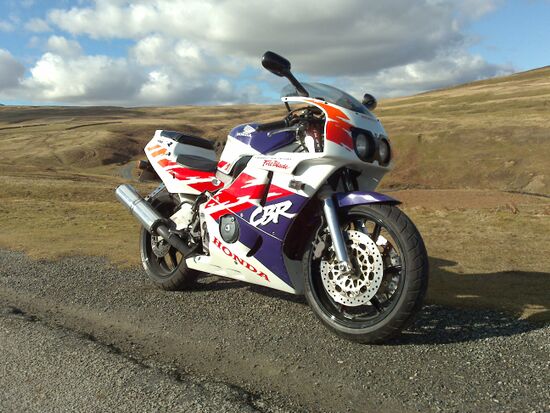 The Honda CBR400RR sports motorcycle model appeared on December 15, 1987, and official sales began on January 19, 1988. The model was a continuation of the Honda CBR400R Aero, having received a number of technical differences - from the aluminum frame to the engine. Currently, Aero is extremely rare on the market, and in fact it is not a CBR400RR, so it will not be considered in this review.

The Honda CBR400RR was based on an in-line 4-cylinder liquid-cooled engine with a volume of 399 cc, producing up to 59 hp. power and up to 39 Nm of torque. Since 1993, Japanese legislation has been updated, forcing thereby to reduce the maximum power to 53 hp. and limit the speed to 180 km / h.

This engine, with minor modifications, was also installed on the Honda CB-1 model.

In 1993, in addition to changing the engine power (reduced to 53 hp, as required by new legislation), the CBR400RR model receives a new cartridge fork with rebound damping and other rear suspension settings.

1999 was the last year of production of the model, after which it finally left the market and did not receive further development.

The main competitors of the Honda CBR400RR in the class: