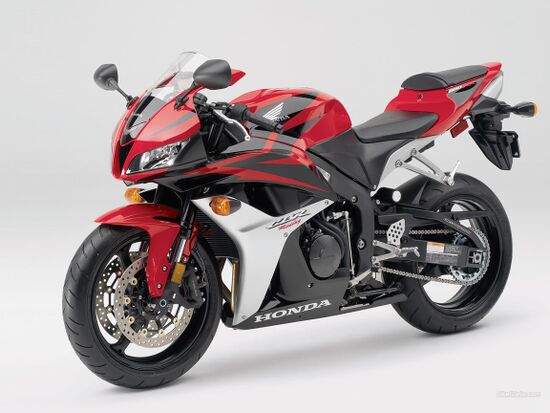 The Honda CBR600RR sports bike model appeared in 2003 as the successor to the Honda CBR600F4i after the racing version of the RC211V. Unlike the F4i, the new CBR600RR received more sporty performance and ergonomics, and also incorporated all the advanced Honda racing technologies at that time: new frame and swingarm, new suspensions, fuel injection with dual throttle valves (Dual Stage Fuel Injection - DSFI), updated brakes, etc.

In 2005, the Honda CBR600RR undergoes a slight restyling, receiving a new version of the frame, swingarm and rear suspension. The front fork becomes slightly thinner, but instead of the usual one, it becomes inverted. Instead of the usual front calipers, the bike gets radial. The curb weight is reduced by 10 kg.

In 2007, Honda introduced the next version of the CBR600RR. The new generation received an updated look, electronic steering damper and a new engine. The frame is lighter and more compact, and the wheelbase has been shortened by more than 2 cm. The maximum power is increased to 118 hp, the engine slightly increases the maximum revs.

In 2009, Honda was one of the first on the market to offer the sporty Honda CBR600RR with a combined braking system with ABS. This system has been optimized for racing and track use, allowing the ABS to intervene as late as possible. In the same year, the model receives a slightly modified engine (changes have affected the pistons, cylinder head and exhaust system), due to which the maximum power increases to 120 hp.

The main competitors of the Honda CBR600RR in the class:

The officially declared fuel consumption of the Honda CBR600RR is 5.47 liters per 100 kilometers. The exact value depends on the riding style.