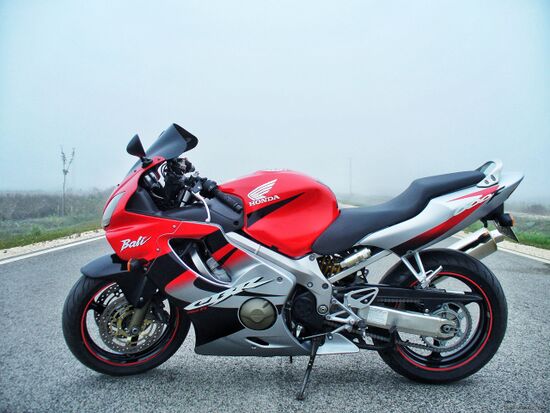 The Honda CBR600F sports motorcycle model dates back to 1987 and the Honda CBR600F Hurricane model. The model was distinguished by a steel frame, narrow wheels and a maximum power of 87 hp.

In 1991, the motorcycle was updated to the next generation - the Honda CBR600F2 . In addition to the updated appearance, the model receives a new engine (maximum power increased to 100 hp), new wheels, suspensions and carburetors.

In 1999, the next generation of the model was the Honda CBR600F4. The model gets a lot of changes - a new look, an aluminum frame, new adjustable suspensions, a wider rear wheel, a new braking system with 4-piston front calipers, a new engine (maximum power 110 hp), new carburetors.

In 2001, the model undergoes the last restyling with the release of the most popular model in the series - the Honda CBR600F4i. The main difference from the previous version was the use of an injector (PGM-Fi). Other changes affected overall dimensions, weight (1 kg lighter), increased fuel tank capacity (from 17 to 18 liters), gearbox ratios and generator power (increased from 343 to 433 W).

2006 was the last year of production of the Honda CBR600F4i, after which it finally left the market. In 2011, Honda decides to resurrect the series by building a new generation, the Honda CBR600F. This model was built on the basis of the latest generation Honda CB600F Hornet and is very different from the previous generation CBR600F.

The main competitors of the Honda CBR600F in the class:

Average official fuel consumption for the Honda CBR600F is 5.88 liters per 100 kilometers. The exact value depends on the riding style and technical condition of the motorcycle.