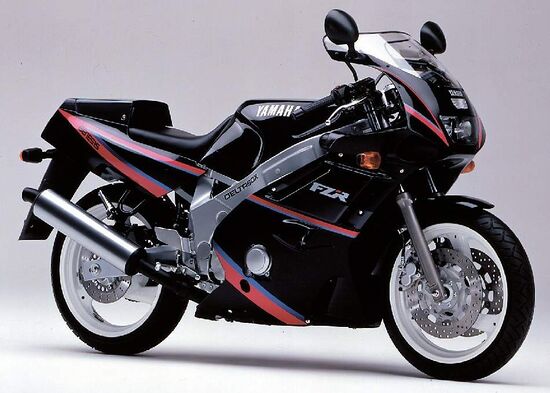 The Yamaha FZR 600 appeared in 1989 and was focused on export, for Japan, markets - mainly Europe and North America. The model is the progenitor of Yamaha YZF600R Thundercat and later the flagship Yamaha YZF-R6.

The first versions of the Yamaha FZR 600 were quite archaic by modern standards, but by 1993 the model had begun to differ significantly from the 1989 launch version. In addition to the exterior, the model gets a new engine (1993), wheels (1993), suspensions (1995) and brakes (1991), and Mikuni 32mm carburetors are replaced with larger Keihin 34mm.

The main technologies used in the FZR600:

In 1995, based on the Yamaha FZR600, the Yamaha YZF600R Thundercat model appeared, which at that time was the latest generation of the FZR600. It was only in 1996 that the Thundercat received a restyling and finally lost the features of the FZR600, which in parallel continued to be produced until 1999 inclusive.

The main competitors of the Yamaha FZR 600 in the class: