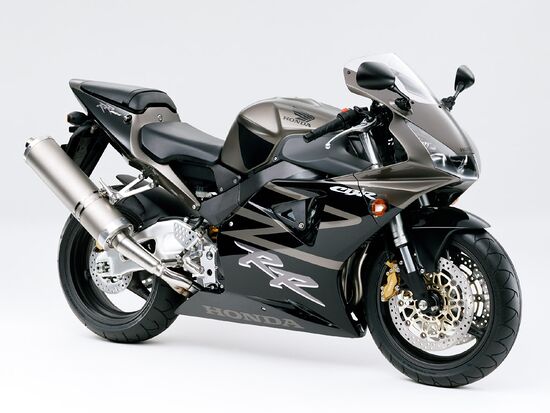 The Honda CBR900RR Fireblade motorcycle series was introduced in 1992. The reason for the appearance of the model was the desire of Honda to offer the market a sports model with a displacement engine, but which would be comparable in weight and handling with medium-sized motorcycles. By the way, at that time there were practically sports tourists in this class - yes, the dynamic characteristics were very impressive, but the high curb weight and long wheelbase significantly worsened (by sports standards) handling and led to the fact that lighter six hundred were bypassed by the race track of more cubature brothers precisely due to the higher speed in the corners.

This is how the first model in the lineup was introduced - the Honda CBR900RR Fireblade.

In 1995, the model undergoes a slight restyling, receiving different headlights ("fox eyes"), a compression adjustment of the front fork, a magnesium valve cover and other changes aimed at making the motorcycle lighter. The speedometer received an electronic drive and took readings from the drive shaft.

Since 1996, the model has been updated to a new version - Honda CBR919RR Fireblade . In addition to visual changes (in particular, a new headlight), the model receives a new engine, while increasing maximum power and torque characteristics, a new cartridge fork and a stainless muffler. Work has also been done to further reduce the weight of the motorcycle. In 1998, the model receives larger brake discs and new calipers.

In 2000, the model undergoes a major restyling, updating to the next version - the Honda CBR929RR Fireblade. In addition to the exterior, the model gets a new engine, electronic fuel injection, an inverted fork, front wheels of the usual size (17 '), an LCD speedometer and a HISS immobilizer. The diameter of the front brake discs is increased to 330 mm.

By 2002, the model undergoes the last change and changes its name to - "" Honda CBR954RR Fireblade "". The model gets a new look, a new engine, a titanium exhaust and an LED brake light.

2003 was the last year of production of the model, after which it finally left the market, giving way to a new model - Honda CBR1000RR.

Average official fuel consumption for the Honda CBR900RR Fireblade is 5.88 liters per 100 kilometers. The exact value depends on the riding style.