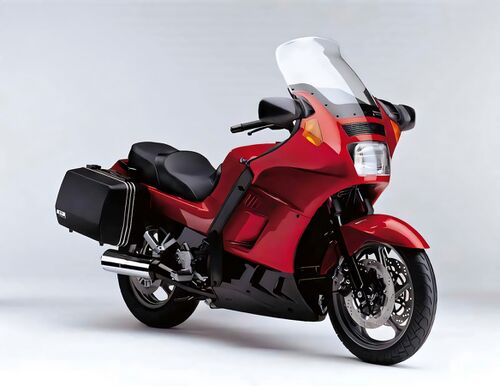 The sports tourist model Kawasaki GTR 1000 '' was produced from 1986 to 2006 inclusive. The factory designation of the model is ZG1000. The motorcycle was intended for export to North America and Europe, so it was not presented in Japan. In the US and Canadian markets, this model was called - ' Kawasaki ZG1000 Concours. This modification of the motorcycle is the most powerful - 110 hp. power, 98 Nm of torque. Versions for Europe produced from 71 to 100 hp. power (depending on the country) and 81-86 Nm of torque.

Major generations of the Kawasaki GTR 1000:

2006 was the last year of production of the model, which in recent years has been available only in the North American market. In 2008, the Kawasaki GTR 1400 was officially introduced as the successor to the GTR1000.

The main competitors of the Kawasaki GTR 1000 in the class: