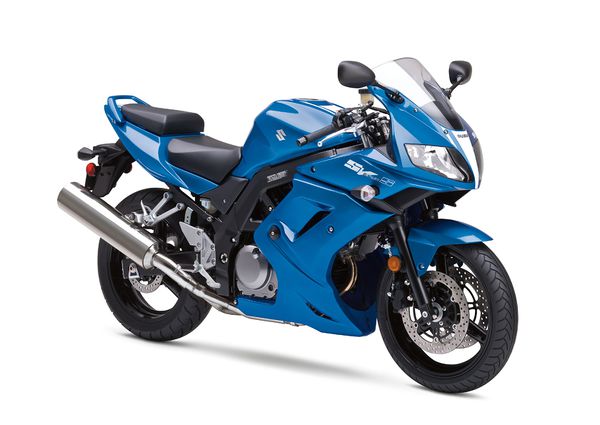 Suzuki SV650 road bike series entered the market in 1999 and was focused on export to Europe, North America and Australia. For the domestic Japanese market, a 400 cc modification was proposed - Suzuki SV400.

The SV series was driven by Suzuki's desire to gain export market share by offering a cheaper competitor to the Ducati brand. Past experience TL1000 has shown that there is a fairly high demand for such motorcycles and a certain "army" of fans. Thus, 2 modifications of the SV650 series were proposed: naked and sport. Towards the end of production, a full-fledged sports modification appeared, featuring a full plastic body kit.

The Suzuki SV650 series was based on a 2-cylinder V-shaped (90 °) liquid-cooled engine with a volume of 645 cc, producing from 65 hp. (up to 2003) up to 72 hp (since 2003). Due to the characteristic forward tilt of the engine, it visually resembles Ducati engines, often referred to as L-shaped engines. Since 2003, the engine has received an injection power system, and since 2007 - 2 candles per cylinder.

Among the key features of the SV650, in addition to the engine, one can single out an aluminum frame, a simple suspension in the form of a conventional telescopic fork in the front and a monoshock at the rear, simple 2-piston front brakes (versions with ABS are available since 2007), an injection power system (since 2003) with double throttle valves SDTV, fuel tank 17 liters (since 2003), 6-speed gearbox and from 165 kg dry matter.

In 2003, the model underwent a serious restyling, receiving a new frame, injector, dashboard, an increased fuel tank and other suspension settings (+ the front fork received a preload adjustment).

In 2007, the model receives 2 spark plugs per cylinder and modifications with ABS. In 2008, Suzuki is offering a new version of the Suzuki SV650SF , which is sold in the UK market under the name Suzuki SV650 Sport .

In 2009, the regular version of the Suzuki SV650 is no longer offered and is replaced by a new model - Suzuki SFV650 Gladius. The SV650S version continues to exist on the market in parallel, until 2012 inclusive, after which it finally rolls off the assembly line.

The main competitors of Suzuki SV650 in the class: