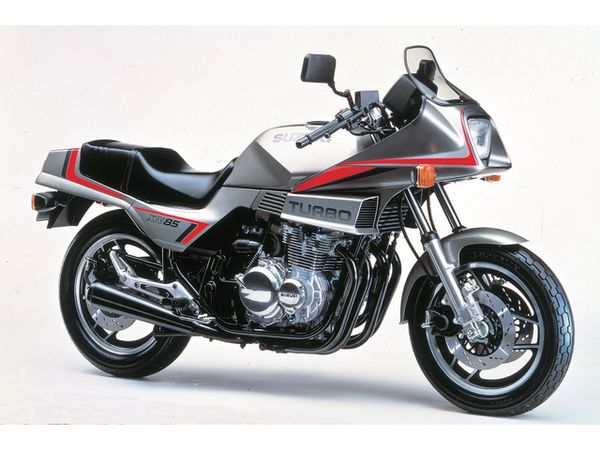 The Suzuki XN85 Turbo hit the market in 1983 and was available in North America and Europe. The model was based on an inline 4-cylinder air-cooled engine with a volume of 673 cm³, producing 85 hp. power and 76 Nm of torque. The motor is equipped with a turbo-supercharging, an injector, has 2 camshafts and 2 valves per cylinder.

Like other similar turbocharged models of Japanese manufacturers of those years, the Suzuki XN85 Turbo was distinguished by a rather high cost and low demand. The total production volume was 1,153 motorcycles, and 1985 was the last year of production of the model.

Years later, the respected motorcycle publication Motorcycle.Com described the Suzuki XN85 Turbo as "An epic failure. This Katana-style bike has become the most unreliable and underselling Japanese turbo model."