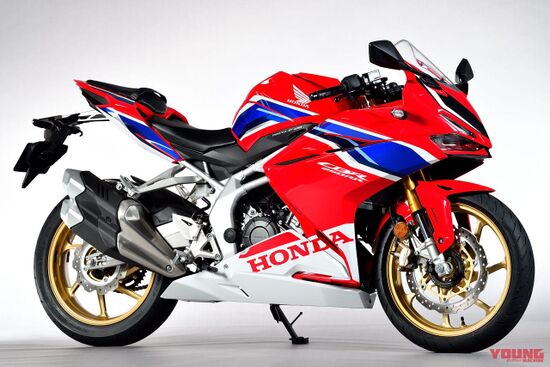 The Honda CBR250RR sports bike model entered the market in 1990 as the youngest model in the Honda sports lineup. The model was intended for the domestic Japanese market, but in some years it was available in the Australian market.

Like other similar models from other manufacturers, the Honda CBR250RR was distinguished by high technical characteristics and good equipment at that time - a cast aluminum frame, rigid sports suspensions, powerful disc brakes, an in-line 4-cylinder engine with a timing drive in the form of gears, a 6-speed gearbox.

Throughout the entire production period, from 1990 to 1999, the Honda CBR250RR model practically did not undergo any changes, with the exception of 1994, when, according to new Japanese legislation, the maximum power was reduced to 40 hp.

In 2011, Honda "resurrects" the once popular model, introducing under its name a budget 1-cylinder motorcycle for beginners - Honda CBR250R, which was focused on Asian countries - naturally, has nothing to do with the Honda CBR250RR.

The main competitors of the Honda CBR 250 RR in the class:

The fuel consumption officially declared by the manufacturer for the Honda CBR 250 RR is 2.5 liters per 100 kilometers. In reality, the value can be 5 l / 100 km. The exact value depends on the riding style and technical condition of the motorcycle.