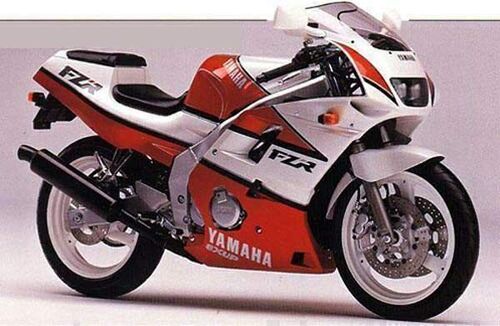 The Yamaha FZR 250 was first introduced in 1986 (model year 1987) and was intended for the Japanese domestic market.

The motorcycle was the youngest model in the FZR sports line, and at that time it was quite advanced - the high-powered 4-cylinder in-line Genesis engine produced 45 hp. power and accelerated the motorcycle to 180 km / h. Since 1988, the Yamaha FZR 250 has been equipped with the EXUP system - an electric valve in the exhaust pipe that changes the exhaust section depending on the engine speed. Since 1989, the motorcycle has received a major update - an aluminum Deltabox frame, an aluminum swingarm, a new front fork, new front brakes, reconfigured suspensions, a fuel tank for 14 and, most importantly, changes in the engine - the engine has become easier to spin, giving out maximum power of 16,000 rpm, the tachometer is marked up to 21,000 rpm.

In 1993, due to a change in Japanese legislation, the engine was "throttled" to 40 hp, and in 1994 the model was finally discontinued. The subsequent refusal of the entire Japanese "devil" from low-volume, high-powered 4-cylinder models was associated, first of all, with their low resource, which could be several times inferior even to 400-cc motorcycles. In addition, the production of such motorcycles was quite expensive, since parts and technical solutions used on older versions (Deltabox, EXUP, etc.) were often used.

The main competitors of the Yamaha FZR250 in the class: