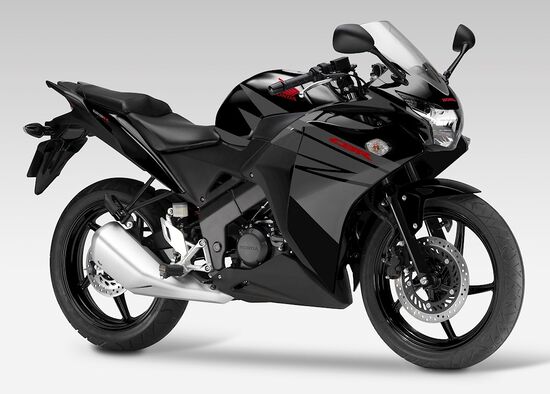 The Honda CBR125R small sports motorcycle model was first introduced in 2004 and was intended for sale mainly in Europe and Asia. The first modifications of the motorcycle, released from 2004 to 2006, had some visual features Honda CBR600F4i and were equipped with a carburetor power system.

In 2007, the model undergoes a restyling, receiving a new look, reminiscent of Honda CBR600RR, and fuel injection system. On the technical side, it was practically the same motorcycle, slightly differing in overall dimensions and some other parameters. This generation is becoming available in other countries such as Australia, South Africa, etc.

Since 2011, Honda has once again updated the Honda CBR125R model, endowing it with the external features Honda VFR1200F, while increasing the size of the motorcycle, the dimension of the wheels and increasing the fuel tank from 10 to 13 liters.

In 2015, Honda announced the completion of the CBR125R model.

Among the features of the model, a steel space frame should be distinguished, a 1-cylinder liquid-cooled engine (13 hp / 10 Nm), an injector (starting from the second generation), disc brakes front and rear, a 6-speed gearbox, a 13 l fuel tank (in the latest generation) and from 127 kg of curb weight.

The main competitors of the Honda CBR 125: